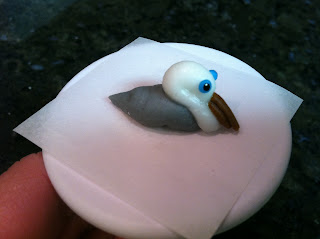 Louisiana is "The Pelican State" and is home to some 40,000 brown pelicans (which are unusual in that they plunge from the air into the water to fish). If you're wondering why I piped this "brown" bird with gray icing, it's because they've looked gray in every photo I've found online. In addition to gray stiff consistency royal icing, you'll also need white, brown, and light blue (for their unusual eyes), round tips #12, #10, and #2, oval tip #55, a flower nail, parchment paper squares, a glue stick, a Styrofoam brick to rest the nail in, black food coloring (like Super Black Soft Gel Paste by AmeriColor), round toothpicks, and a dusting pouch filled with a 50/50 mix of powdered sugar and cornstarch. Start by sticking a parchment square to the flower nail with a dab from the glue stick. 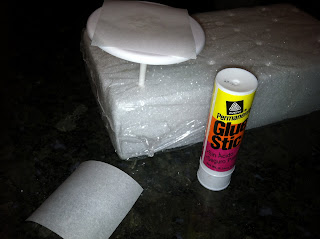 Attach the #12 tip to the bag of gray icing. Hold it just above the surface, and at a 45 degree angle. Squeeze out a ball of icing, then move the tip along to elongate it into a teardrop. Stop pressure and pull the tip away. 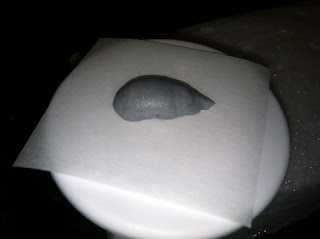 Attach the #10 tip to the white icing and pipe a shape like a backwards "question mark" for the neck and head, starting from the base and moving up and over. You may need to touch your fingertips to the dusting pouch and then coax the icing into this approximate shape. Allow the icing to firm up for a while. 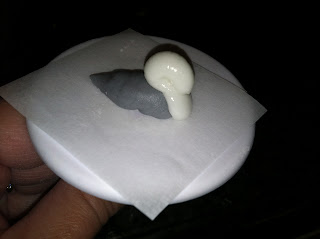 Pipe the bill with brown icing and the oval #55 tip. Tuck the tip against the end of the "question mark" and pipe a straight line that ends in a point at the base of the neck. 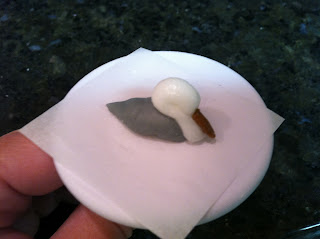 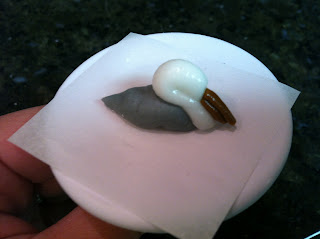 Using the #2 tip and the blue icing, pipe two tiny dots for eyes once the white icing is firm. 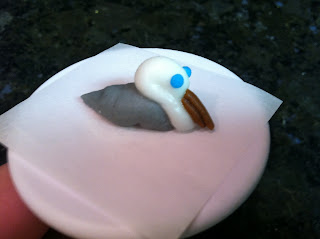 When the blue icing is firm, dip the point of a round toothpick into the food coloring and add two dots for pupils. Pelicans are a big deal in Louisiana; they appear on the state flag, the state seal, the official state painting, and on the bicentennial quarter; they're a good choice for a cupcake topper if you're looking to celebrate this wonderful state! Mardi Gras masks are a good choice, too.