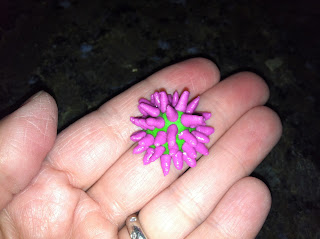 Pennsylvania really embraces the concept of official state symbols; it's one of only a small handful of states with an official cookie (chocolate chip), and is in the process of becoming the second state to designate an official toy (the Slinky; the other state with an official toy is Mississippi, with the Teddy bear). Pennsylvania is also the only state to designate an official state beautification and conservation plant: the Penngift Crown Vetch. It was first discovered on a farm in Pennsylvania in 1935, and is now found alongside roads throughout the state. To pipe these hardy little blooms, you'll need stiff consistency royal icing in green and pink or white, round tip #12, oval tip #55, a flower nail, parchment paper squares, a glue stick, a Styrofoam block to rest the nail in, and a dusting pouch filled with a 50/50 mix of cornstarch and powdered sugar. Start by sticking a parchment square to the flower nail with a dab from the glue stick. 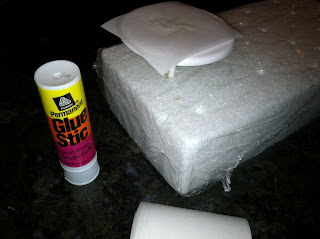 Using the #12 tip, pipe a mound of green icing. Hold the tip parallel to and just above the surface. Squeeze until the icing covers about the area of a penny (while keeping the tip buried in the icing). Continue to squeeze while gradually decreasing pressure and moving the tip upward, then stop pressure and pull the tip away. Touch a fingertip to the dusting pouch and tap the shape into a somewhat rounded Hershey's Kiss. 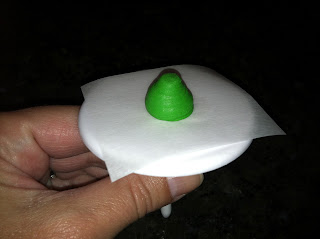 Allow this shape to dry for a while. Using the oval #55 tip, pipe lots of stand-up petals all over it. I like to start at the top and work my way downward; you could do the opposite, if you like. Hold the tip against the surface, squeeze briefly to anchor the icing, then move the tip upward while continuing to pipe for about 1/4". Stop pressure and pull the tip away. Touch a dusted fingertip to the pointy ends to "blunt" them if you need to. 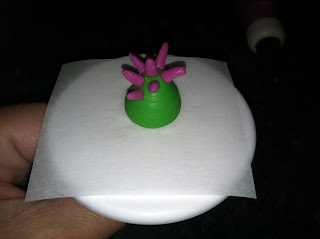 As you continue to cover the mound with petals, angle them further outward… 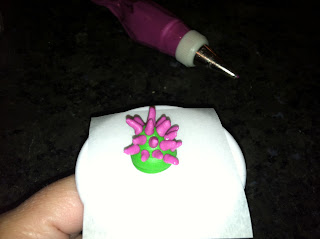 …until the ones at the base are flat against the surface. 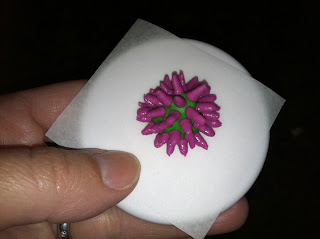 Peel away the parchment when the icing is dry, and use these to decorate a cake or cupcakes to celebrate the state of Pennsylvania!