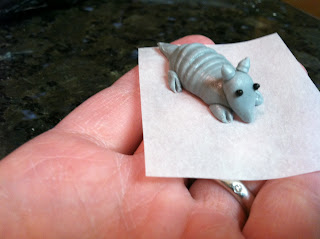 The nine-banded armadillo is the official state small mammal of Texas (the large mammal is the Texas longhorn, which would have been tricky to pipe). All you'll need to pipe these little critters is stiff consistency royal icing in gray and black, a flower nail, parchment paper squares, a Styrofoam brick to rest the nail in, round toothpicks, a dusting pouch filled with a 50/50 mix of powdered sugar and cornstarch, round tip #12,#8, and #2, and oval tips #55 and #57. Start by sticking a parchment square to the flower nail with a dab from the glue stick. 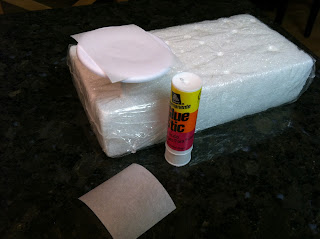 Holding the #12 tip at less than a 45 degree angle to and just above the surface, pipe the body. Start by piping a ball, then pulse the tip a number of times to create the bands (no one will scold you if you don't make 9 exactly), then stop pulsing and squeeze just a little more to finish the front of the body. Stop pressure and pull the tip away. Touch your fingertips to the dusting pouch, then gently tap the end with your forefinger to round it (the right side, in this photo)… 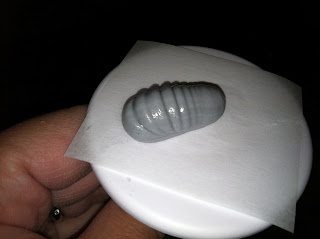 …and use your forefinger and thumb to gently pinch the rear to taper it slightly. 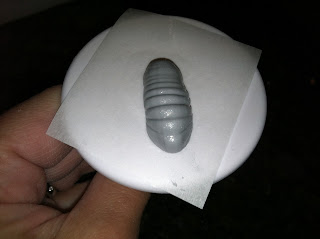 Switch to the #57 tip to pipe the tail. I probably should have used a smaller tip like the #55, but I'm always worried those little appendages are going to break off. 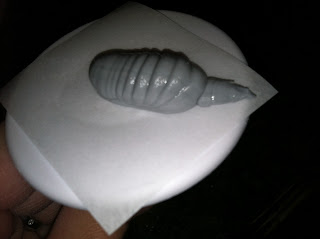 Pipe 4 short legs with the #57 tip, and use the tip of a round toothpick to separate each dab of icing into toes (touch the toothpick to the dusting pouch and then press it briefly into the icing; lift it straight up and away). 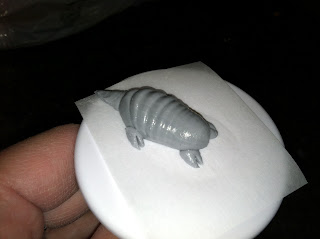 Switch to the #8 round tip to pipe the head. Start by piping a ball, then elongate it downwards, almost to the feet. Stop pressure and pull the tip away. Use your dusted fingertips to pinch off any excess, and to form the head into a sort of elongated egg. Tap the front of the head gently to flatten in. 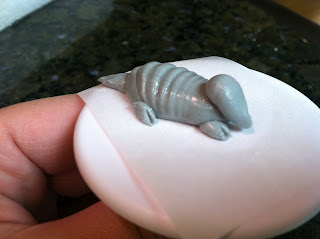 Switch to the #55 tip to pipe the ears, which are just tiny dabs of icing. Leave the peaks that form as you pull away the tip. 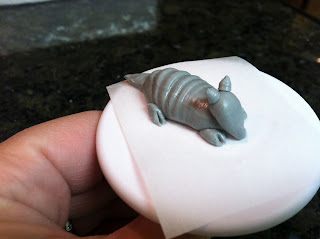 Lastly, pipe two tiny black eyes with the #2 tip. Hold the tip almost against the surface, squeeze for an instant, then pull the tip away. Flatten the peaks with a fingertip, if you need to. 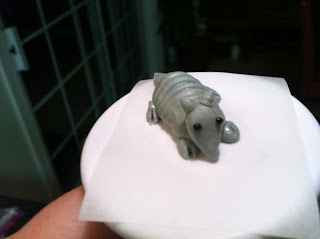 Remember that scene from Steel Magnolias about the armadillo groom's cake? You could make these to decorate red velvet cupcakes as an alternative to having a huge armadillo cake hogging all the attention.