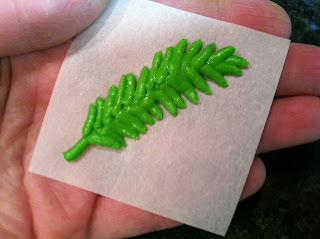 Western wheatgrass at one time covered almost the entire state of North Dakota, where it was designated the official state grass in 1977. In most photos I found, it is yellow to yellowish-green (not quite the vivid green I went with). All you'll need to pipe this hardy prairie grass is medium consistency royal icing, oval tip #55, round tip #5, a glue stick, parchment paper squares, a flower nail, and a Styrofoam block to rest the nail in. Start by sticking a parchment square to the nail with a dab from the glue stick. 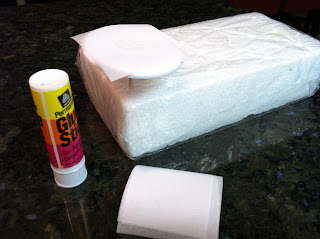 Pipe the stem with the #5 tip. I piped it as though it were a drop string; holding the tip above the surface and allowing the icing to smoothly pour out as I moved the tip along in a gentle arc. At the end, I stopped pressure, touched the tip to the surface, and pulled the tip away. 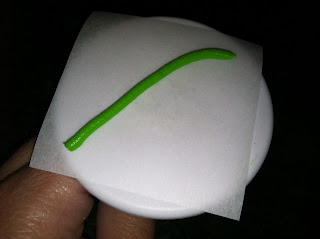 Switch to the #55 tip, and pipe a "V" at the curved end. One side should overlap the other. 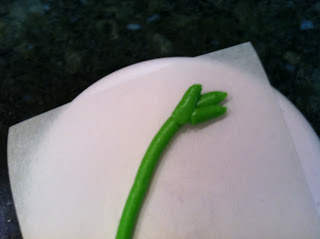 Repeat all the way down the stem… 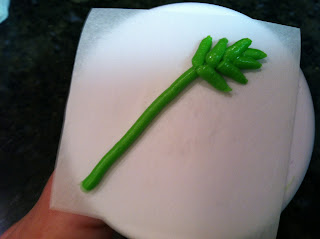 …taking care to keep the sides in "V" formation; I had a tendency to allow them to get too flat. 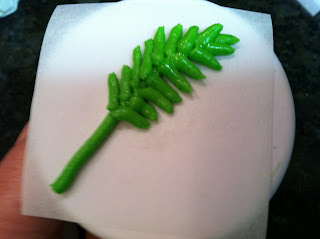 At the bottom, though, I made sure those final two shots of icing were nice and "V"-shaped to finish the grass head off. I also filled in a little gap that looked weak with a shot of icing; it could have broken after the parchment is pulled away when the icing is dry. These could be piped in yellow to represent wheat as part of a harvest-themed dessert, or any cake or cupcake to do with farms, prairies, etc.