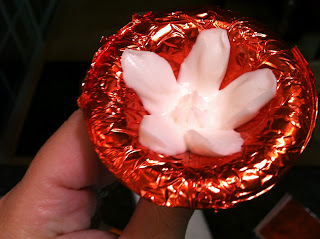 The coast rhododendron has been the official state flower of Washington since 1959. It's found along the coast (big surprise), but also extends through the Cascade Mountain Range. The flowers vary in shades from white to vivid pink, and grow in clusters on bushes. You'll need to use a lily nail, so pipe plenty of flowers in advance to give them time to dry thoroughly before peeling away the foil. You can place them inside an empty cardboard egg carton to give them some support while they're drying. Look at the royal icing jessamine to see how to get the lily nail to this step: 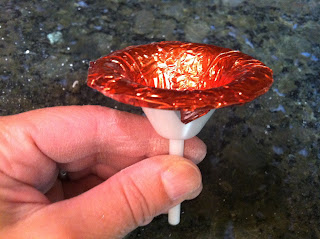 Pipe five petals with a #104 petal tip. To make 5 somewhat evenly-spaced petals, start by piping a "V." Try not to squeeze too much when the tip is at the bottom of the cup; the less icing that collects down there, the better (it'll take longer than a week to dry, depending on your climate, if the icing builds up too much in the middle). When you pipe the petals, move your hand in a narrow, upside down "U" motion with the narrow end of the tip facing outward. 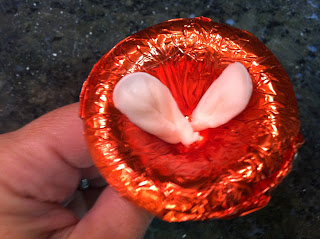 Pipe a third petal in the middle of the "V." 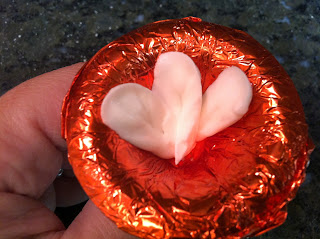 Rotate the nail around and pipe the remaining two petals. 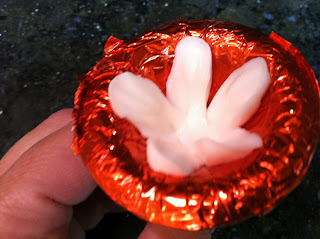 Touch your fingertips to a dusting pouch to subtly taper the petals' tips. Switch to a round #3 tip and pipe a cluster of stamens in the middle. Hold the tip at a right angle to and just above the center, squeeze, pull up, stop pressure, and pull away. You might want to dust the edges with deep pink Color Dust after the icing has dried or use a striped bag to pipe them.