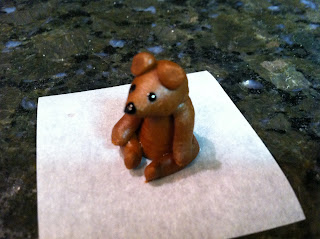 During the Olympics, there was a story about Harrods, and how the stuffed bear that inspired Winnie the Pooh was bought there. This bear also looks suspiciously like Paddington, so I thought I'd better give this post the generic name of "stuffed bear" so neither of them would feel left out. All you'll need to pipe a stuffed bear is brown stiff consistency royal icing, round tip #12, oval tip #57, a flower nail, parchment paper squares, a glue stick, a Styrofoam block to rest the nail in, a black food-safe marker or a product like AmeriColor Soft Gel Paste in Super Black, toothpicks, and a dusting pouch filled with a 50/50 blend of powdered sugar and cornstarch. Start by sticking a parchment square to the flower nail with a dab from the glue stick. 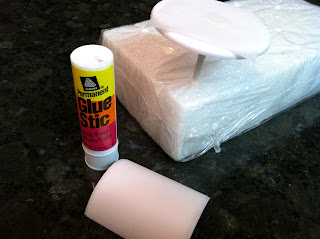 Hold the round #12 tip just above and at a right angle to the surface. Squeeze, then pull up for just over half an inch. Stop pressure and pull the tip away straight up. 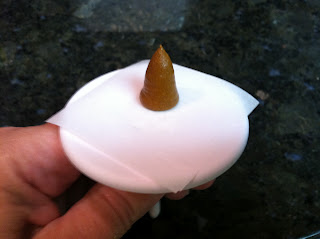 Touch a fingertip to the dusting pouch and use it to tap the peak into a rounded shape. Pipe as many bear bodies as you'll need and set them aside to firm up. 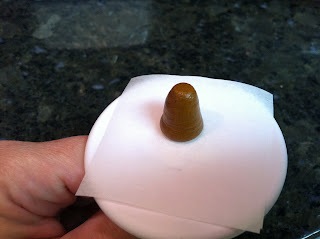 Pipe as many teardrop-shaped heads as you can fit on a parchment paper square. Hold the tip just above and at a 45 degree angle to the surface, squeeze out a ball, then pull the tip away at an upwards angle. Set them aside to firm up. 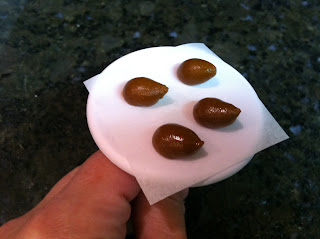 Switch to the oval #57 tip to pipe the limbs. Start with the legs. Place the tip against the body about halfway back, pipe alongside the body for a short distance to firmly anchor the leg to it, then bring the tip upwards when you stop pressure to create an upturned foot. 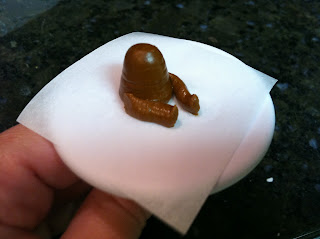 Next, pipe the arms. Stuffed anthropomorphic bears tend to have surprisingly long arms. Start at the shoulder, and end at the leg. For all the limbs, tap them into place with a dusted fingertip. You'll want to tap the top of the bear where the arms begin flat, as that's where the head will go. 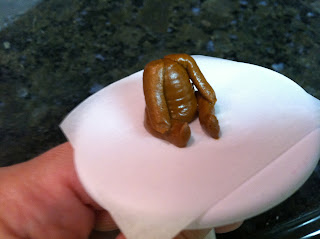 When the heads have firmed up, pipe the ears with the tip #57. Flatten the ears slightly between your fingertips so they aren't just a couple of balls. 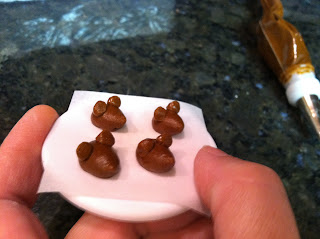 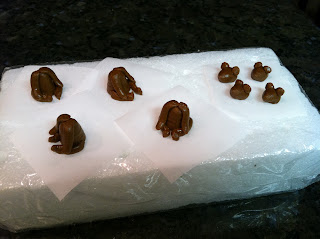 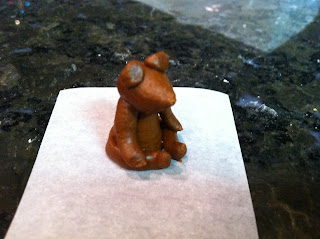 You can either draw on the nose and eyes with a food-safe marker like an AmeriColor Gourmet Writer, or dab them on (like I did) with a toothpick dipped in AmeriColor Super Black Soft Gel Paste (flat for the nose, round for the eyes). These would be darling cupcake toppers for any Teddy Bear's Tea Party or high tea for dolls.