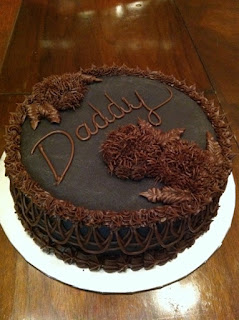 The first time I tried to adapt the fondant from scratch recipe to be chocolate, the result was a total toss-out; completely unsalvageable garbage fondant. About a year ago I figured out what I did wrong, and guess what: I forgot to write down the recipe. However, it apparently was rattling around somewhere in my brain because I just pulled the ingredients together, and I think I have it more or less down. The ingredients are mostly the same as regular fondant (powdered sugar, glycerine, gelatine, corn syrup, vanilla, Crisco). The main difference is, of course, chocolate. I'm partial to Hershey's Special Dark, which is unsweetened. The other difference is the vanilla; with regular fondant you can use any flavor you want. With the chocolate I'd recommend vanilla, but you could probably use peppermint or go in some other direction with it. 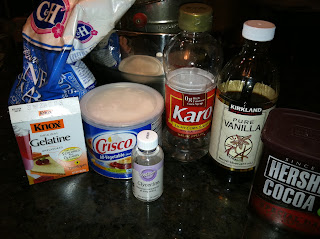 All of the steps and measurements are the same as for the regular fondant recipe, with the exception of the first one. Start by putting a large sifter into a large bowl, and pour about 3/4 of a 2-pound bag of powdered sugar into it. I use a scale to get this weight as accurate as possible. Then, remove about a cup of sugar from the middle of the powdered sugar in the sifter; I used a measuring cup. Then put 4 oz. (half of the 8 oz. package of cocoa) in its place like this: 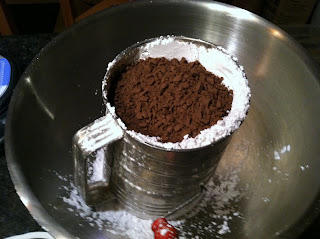 Sift the sugar and cocoa together into the bowl and form a hole in the middle: 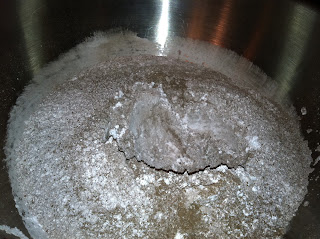 Prepare the liquid ingredients (gelatine, water, corn syrup, glycerine, vanilla) according to the fondant from scratch recipe and pour them into the hole: 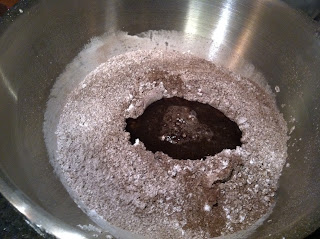 Start stirring; it's hard to describe how sticky this mixture will get: 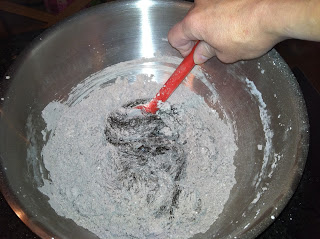 It may seem like all the ingredients will never incorporate with each other but eventually they'll go from that to this: 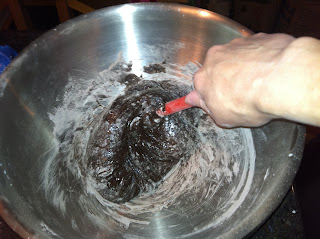 You may find it's handy to have a long, dull knife like a dinner knife handy to scrape the sides of the bowl. A rubber spatula is just too floppy for this job. Scrape as much as you can into one complete ball, and dump it into the middle of a pile of powdered sugar sifted over your work area. You'll probably use all of that cup you removed earlier from the sifter and then some: 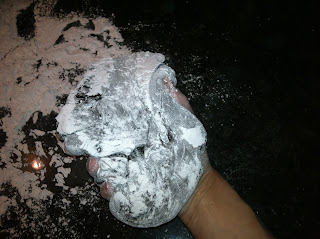 It's hard to imagine that powdery wad of stuff could ever evolve into something beautiful, huh? Smear your palms with about half a teaspoon of Crisco and work it in. Eventually, you'll have this sort of marbled mass that can be easily handled… 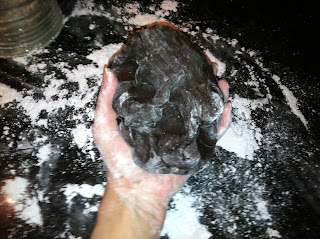 …and in no time at all you'll have this gorgeous deep brown fondant in your hand; not sticky at all: 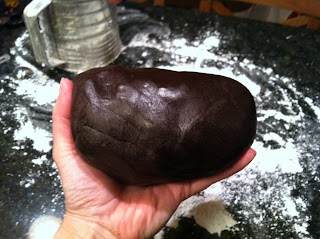 At this point you absolutely must sample it. I think you'll be pretty impressed! It'll probably be all you can do to not roll this out to cover a cake with it immediately, but it really should rest a while to cool off; that's a whole other project. Double wrap it with plastic wrap, and put it in a tightly sealed container away from heat and light. 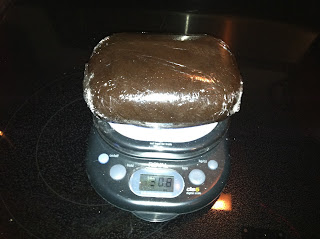 As you can see, it weighs just over 30 ounces, definitely enough to cover 2 two-layer 8" or 9" cakes. I used one batch to cover the cake at the top of this post, and this one: 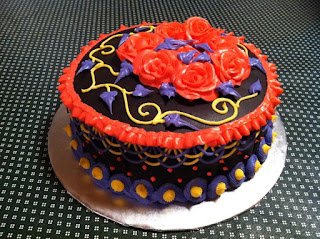 I'll use this batch I just made in a project soon and post the results here. No matter what it looks like, I'm pretty sure it will be yummy!
Posted by Denise Delaney at 11:07 PM