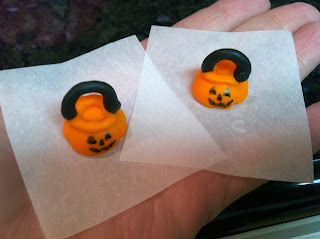 As I was putting this post together, it occurred to me that people outside of the USA might not know what a trick or treat bucket is. I'm not sure when these hollow plastic squashes painted with Jack o'lantern faces became de rigueur for collecting treats, but I can clearly remember them from the '70s. I found a few on eBay which were described as vintage (but didn't actually include a year). To pipe an approximation of this Halloween classic, you'll need stiff consistency royal icing in black and orange (or almost any color; they can be found in a variety of neon shades at stores like Target), round tips #12 and #5, a flower nail, a Styrofoam block to rest the nail in, flat toothpicks, parchment paper squares, a black food-safe marker like the AmeriColor Gourmet Writer, and a dusting pouch filled with a 50/50 mix of cornstarch and powdered sugar. Start by sticking a parchment square to the flower nail with a dab from the glue stick. 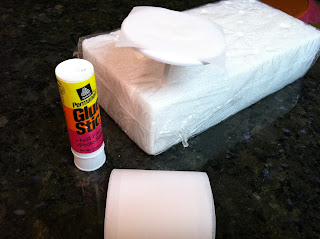 Hold the #12 tip just above and at a right angle to the surface. Squeeze while moving the tip upwards about 3/4". Stop pressure and pull the tip away. 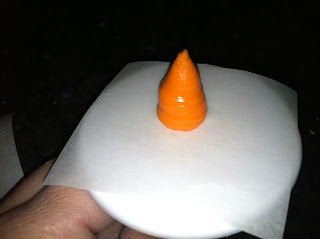 Touch a fingertip to the dusting pouch and tap the icing down into a rounded shape with a slightly flattened top. 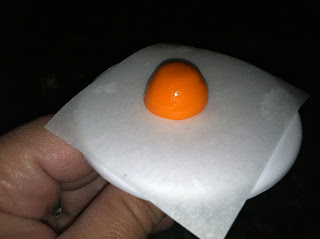 Tap the narrow end of a flat toothpick against the dusting pouch and gently press it vertically  into the icing at intervals to give the pumpkin that sectioned look. Leave a gap, though, for painting in the face later. 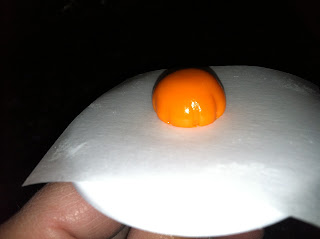 Pipe a few handles with the #5 tip and black icing. These were left over from when I made royal icing cauldrons. They would have probably been cuter if piped with a #3 or #4 tip, but they would have been so much more breakable. Always pipe more than you need for this reason. Allow them to firm up completely before peeling them off the parchment. 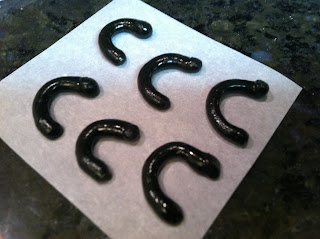 Switch to the #5 tip on the orange icing and pipe a circular ring around the top of the pumpkin. Tap the ends gently with a dusted fingertip to blend them (this should be in the back or off to one of the sides; not in the front where the face is going to go). 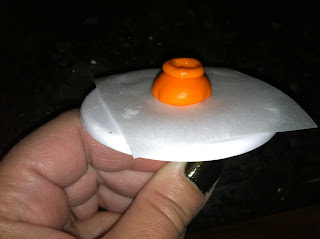 Press a handle into the icing while it's still wet. It should stand upright, no problem. 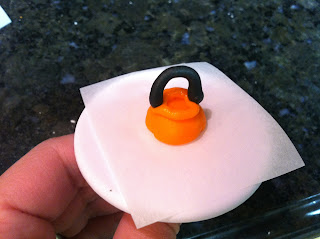 Lastly, when the icing is completely dry, draw in a tiny pumpkin face on the front with the food-safe marker. A perfect topper for cupcakes, petits fours, ANY pumpkin-flavored treat, etc.!