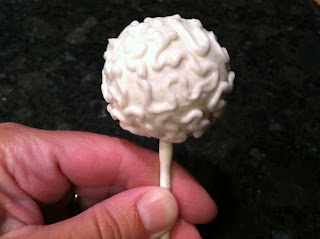 The mere mention of cornelli lace causes my hands to twitch with the anticipation of the onset of carpal tunnel syndrome. I've always liked the look of the technique, but can't imagine piping a whole cake with it; cornelli lace, according to the Wilton publication Decorating Cakes: A Reference & Idea Book, is a standby for more formal cakes, like wedding and anniversary. As with many techniques, it's a good idea to do a trial run on a practice board. Load a piping bag with thin consistency icing (I used royal icing) and a round #1 or #2 tip (I used #2). Hold the tip at a 90 degree angle to and just above the surface; you don't want the edge of the tip to carve into the icing or scrape the cake. Keep the tip moving constantly and randomly; you don't want to hold still to take a photo like I did here (see how the icing, being thinned, kept flowing and formed a bead when I held the tip still for just a couple seconds): 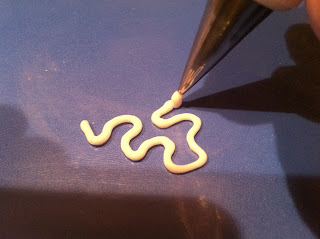 I think Nilla Wafers are great for practicing on. With cornelli lace, the ends should start and end at the edge of the surface you're covering. 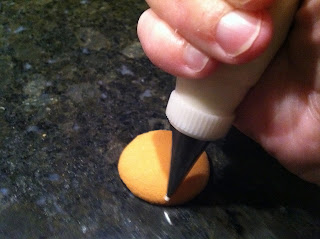 Don't end in the middle like I did with this first trial: 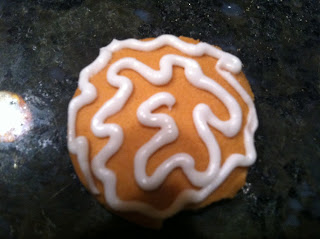 The trick is to be as random as possible; pipe a continuous, squiggly string that never crosses over or touches itself. 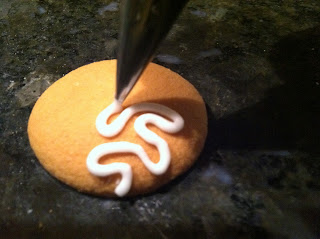 Continue until the entire surface is covered. 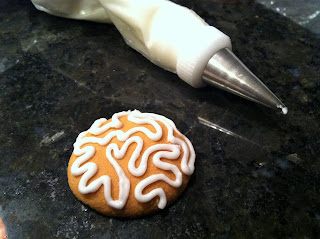 Cornelli lace is also a good technique for cake pops; just make sure the ends begin and end at the stick. You can use royal icing or melted chocolate. A pop like this can be piped in under a minute; the cornelli lace really dresses it up!