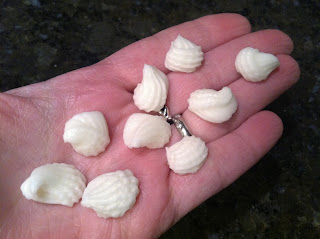 Yesterday's seashell inspired me to try another. The genus of large, predatory sea snails named Harpa might mean nothing to you, but trust me: you've seen them (they're more commonly known as harp snails). All you need to pipe them is a flower nail, parchment paper squares, a glue stick, and a pastry bag filled with medium consistency royal icing and fitted with a… 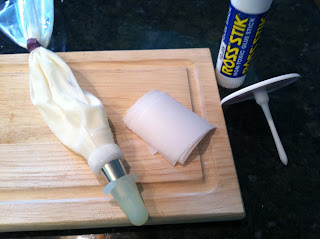 …tip #83, which might be as unfamiliar to you as the term Harpa. It's considered a "star-cut tip" (as opposed to the ubiquitous star tip). I've owned one for a long time, and have never found an occasion to use it. Surprisingly, it is perfect for piping seashells. 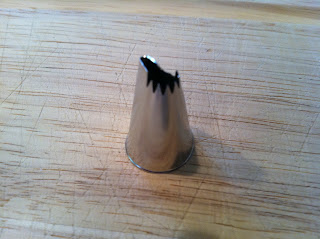 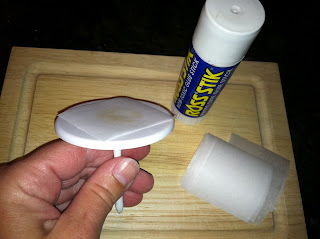 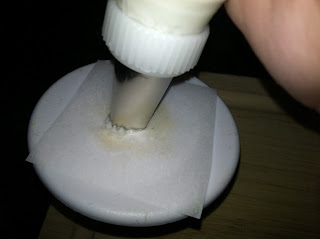 …and begin squeezing while gently vibrating or pulsing the tip to form the texture of the shell. 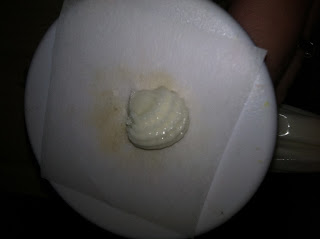 Vary the pressure for a surprising variety of effects; it's really impossible to go wrong! 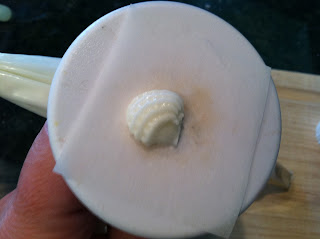 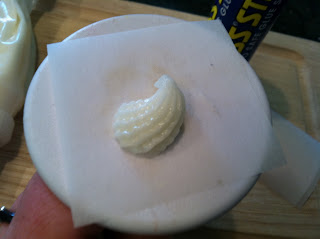 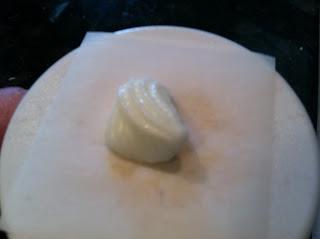 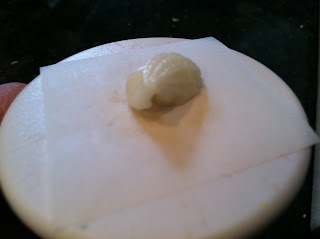 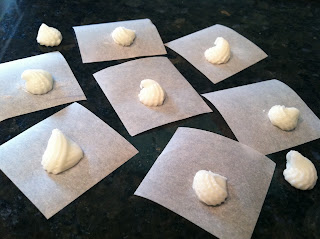 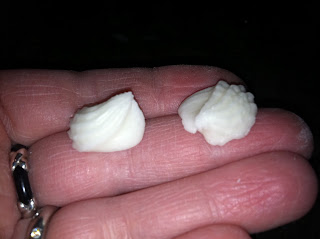