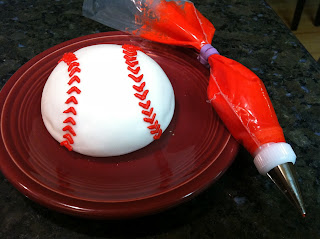 I'm working on a baseball-themed cake and wanted to incorporate an actual baseball (it's only a half-ball because in the end it'll look like it's stuck in the grass). When I was making the main part of the cake, I set aside some batter to make this ball. Here is the pan (or rather, pans) I used: 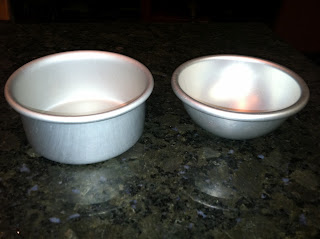 On the left is a 4" pan and on the right is a 4" hemisphere pan, both by Fat Daddio's. These are some tremendously sturdy pans; they weigh a ton! And, of course, each of these pans comes in a variety of sizes. I greased and floured the hemisphere pan and filled it about halfway (roughly half a cup), then dropped it into the 4" pan and let it bake about 15 minutes (whenever the toothpick came out clean-ish). 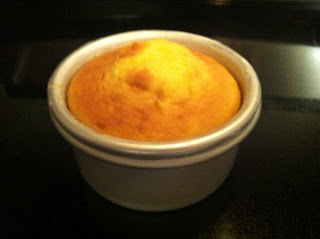 The cake came out easily with a firm "whack": 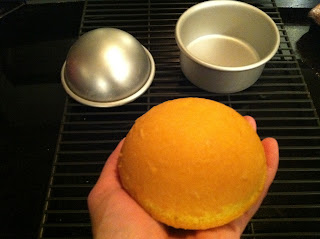 I cut off the crown… 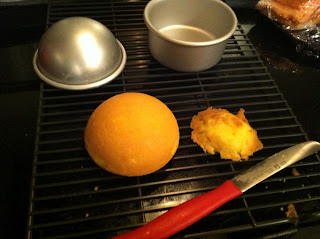 and then gave it a buttercream undercoating. 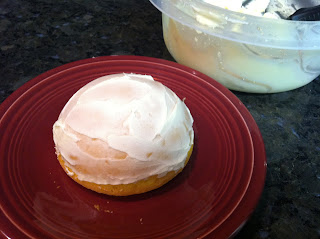 I rolled out a piece of fondant, somewhere around 1/8" thick:

I laid the fondant over the hemisphere and smoothed it down. The cake was too small to use a fondant smoother; my hands worked just as well. 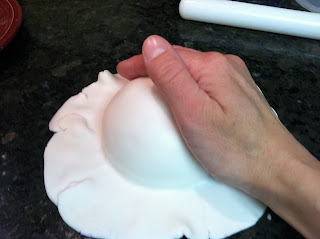 It was also too small to cut away the slack with a pizza cutter; I used a paring knife… 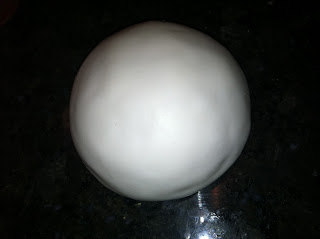 …and smoothed the edges under the cake a little more tightly by hand. 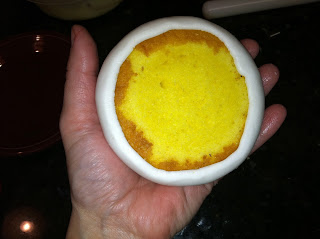 To pipe the stitching, I needed a red food-safe marker (I like AmeriColor Gourmet Writers), thinned royal icing colored with AmeriColor's Super Red in a bag fitted with a round #3 tip, and a dusting pouch filled with a 50/50 mix of powdered sugar and cornstarch. 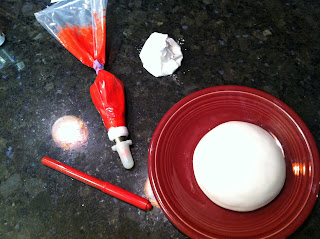 I used the marker to make dots for guidelines. Without these, I guarantee the final result would be uneven. 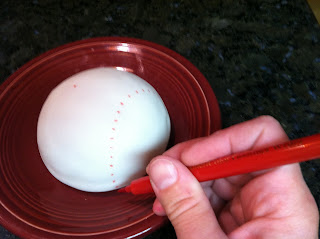 Starting in the middle of the ball, I piped a series of upside-down V's. Any time a peak occurred, I touched a fingertip to the dusting pouch and gently tapped it down. 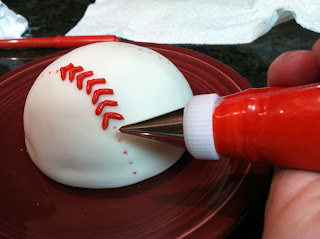 And here's the finished baseball cake. Obviously, you could use a hemisphere pan to create anything ball-shaped; I'm sure I'll press it into service again soon.

You can see it peeking out from behind a fondant pennant on the final cake in this shot: 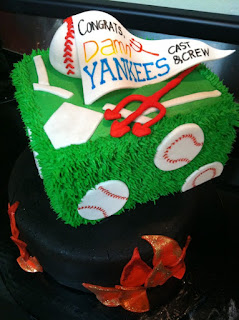