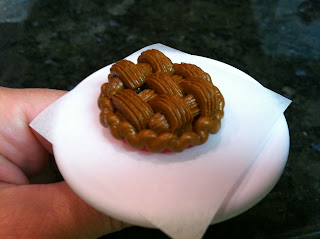 Imagine my surprise when I looked up British Culture on Wikipedia and discovered in the cuisine section that apple pie has been consumed in England since the middle ages! And here I thought nothing could be more American. Anyway, in my ongoing quest to pipe something British or Olympics-themed every day of the 2012 games, I piped a tiny little pie. The first step is to stick a parchment paper square to a flower nail with a dab from a glue stick. You'll want to have a Styrofoam block handy to rest the nail in. 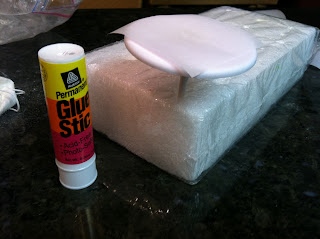 Pipe a "pie pan" with a round #12 tip, held at a right angle to and just above the surface. Pipe a ring… 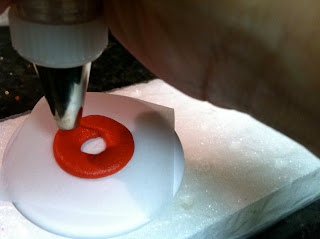 …then fill in the hole in the center… 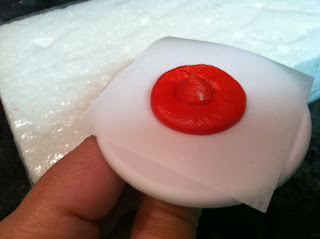 …then tap the disc flat with your fingertip after touching it to a dusting pouch filled with a 50/50 mix of cornstarch and powdered sugar. 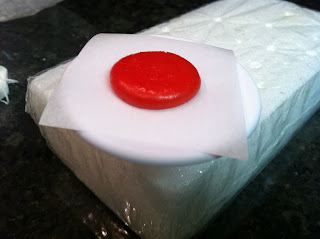 Let it firm up for a while, then pipe a lattice with a flat, narrow tip. I love the look of the serrated tip #46 by Magic Tip (even though a flat tip probably would have been more realistic). Start by piping a straight line across the center. Neaten the ends with a dusted fingertip. 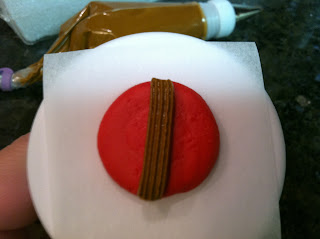 Proceed with the basketweave technique. Pipe three (or so) cross pieces… 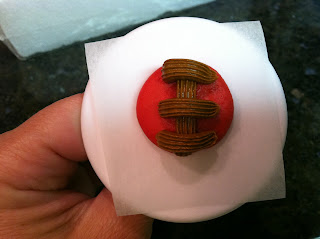 …then pipe a little "spacer dot" in between each of the ends of those cross pieces. 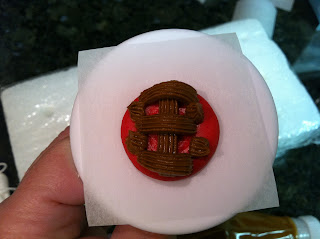 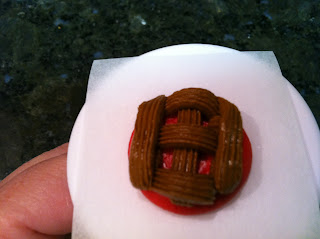 …and finish off with short cross pieces, filling in any holes. Touch the dusting pouch and tap the outer edges smooth. 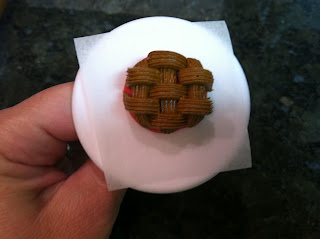 Switch to a round #4 tip and pipe a squiggly line for the crimped edge. This would be cute on top of any apple dessert, like muffins.