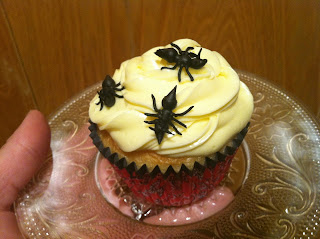 We have ants running around on the deck that are about the same size as these icing ones. That's why it would have been especially disturbing if I'd used them to decorate the cupcakes I brought to a potluck today. They're about the easiest thing you can imagine to pipe, but the problem is they're extremely fragile; one of the six I piped broke in half and lost its legs when I was setting them up for the final photo. The best way to pipe these critters might be to do the bodies and antennae first, then place them on your cupcake or whatever, then pipe the legs. Anyway, all you'll need are round #5 and #1 tips, stiff consistency black royal icing (I used Super Black Soft Gel Paste by AmeriColor), parchment paper squares, and a dusting pouch filled with a 50/50 mix of powdered sugar and cornstarch. Start by piping the head, which is basically a teardrop. Hold the #5 tip against the surface at a 45 degree angle, squeeze out a ball, and pull the tip away so a peak remains. 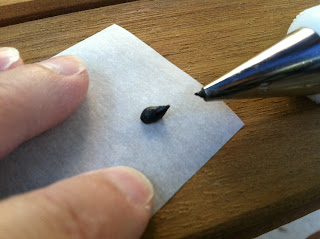 Next, pipe the thorax (middle). It's pretty much pear- or egg-shaped. Hold the tip just behind the base of the head, squeeze out a ball, and move the tip along a couple of millimeters. Stop pressure and pull the tip away. If a peak remains, tap it smooth with a fingertip after touching the dusting pouch. 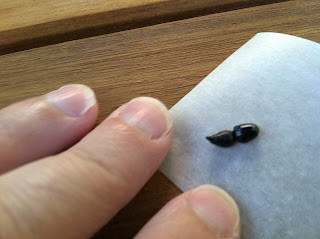 Finally, pipe the abdomen (back end). This segment is similar to the head, but larger. Hold the tip just behind the thorax, squeeze out a ball… 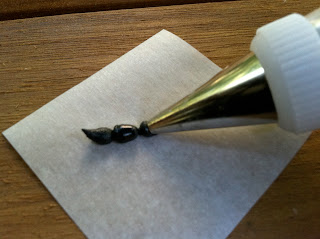 …and pull the tip away. Really try to get the three segments to connect well, so the ant won't be as inclined to break in half (or thirds). 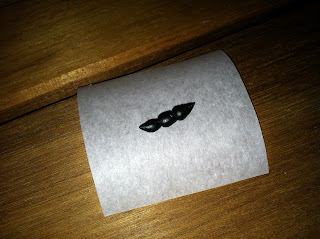 Pipe as many creepy little ant bodies as you'll need and allow them to dry. 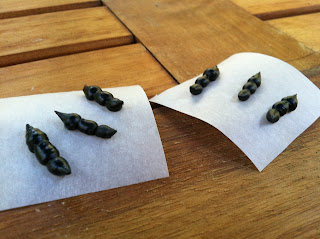 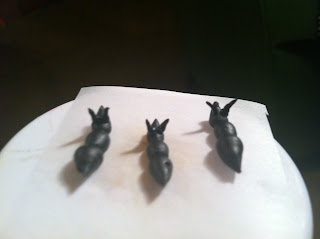 Next, pipe the legs. It was at this point I realized there's really only room for two ants per parchment paper square once you've piped the legs, so I popped off the center one and stuck it to another square with a dot of icing. 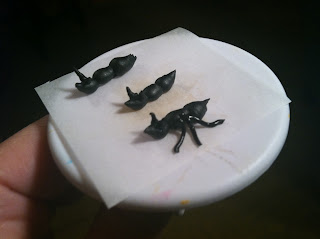 The ant has 3 legs on each side, all coming off the thorax. Hold the tip against the thorax, squeeze enough to anchor the leg to it, then bring the tip down to the parchment. The less icing on the parchment, the better; they'll be easier to remove when they're dry. 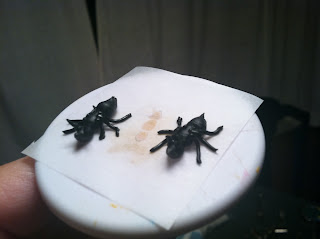 These will be brilliant for Halloween, as well as for flipping out guests at picnics and potlucks in the summertime! 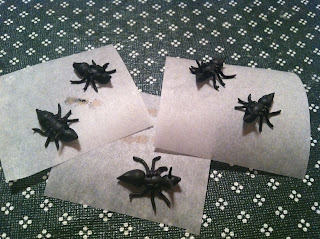