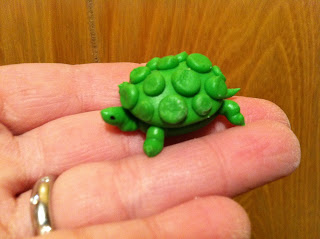 This is my first attempt at piping an animal with a little more height. It's not quite a giraffe, but the turtle is definitely jacked up a bit because it's made from two parts stacked on top of each other. All you’ll need to pipe turtles are parchment paper squares, a dusting pouch filled with a 50/50 blend of cornstarch and powdered sugar, a piping bag filled with stiff consistency royal icing and fitted with a round #12 tip, a round #3 tip, a #5 tip, and a black Gourmet Writer by AmeriColor. Start by piping a ball with the #12 tip. Hold the tip just above a parchment paper square, squeeze firmly, and when the icing resembles a nickel-sized gumball, pull the tip away. 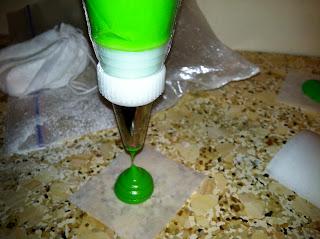 If a peak remains, tap a fingertip against the dusting pouch, and tap it down. 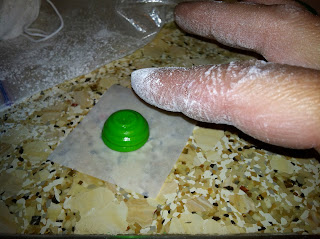 Now you’ll want to make the shape more oval than round, and with a higher ridge in the middle. 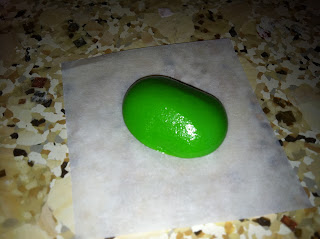 Tap your finger against the dusting pouch, and using the first inch or so of your finger tap along the sides of the ball until it starts to look more like a turtle’s shell. 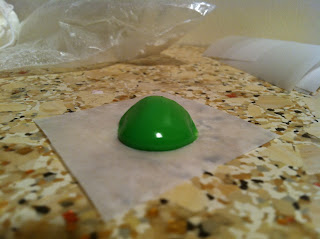 Set the shells aside to dry, and pipe the bodies. Hold the #12 tip just above the surface of another parchment paper square, and squeeze while moving the tip along for about 3/4" to form an oval. Stop pressure, pull the tip away, and tap down any remaining peak. 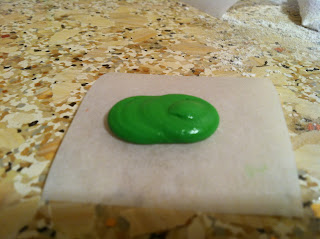 Switch to the #3 tip and pipe some tails. Touch the tip to one end of the oval, squeeze briefly, and pull away while rapidly stopping and decreasing pressure to form the tail. 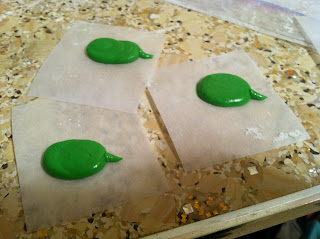 Switch to the #5 tip and pipe the head. It's similar to the tail, but pull the tip upwards so your turtle will be peering skyward. As you stop pressure and pull the tip away, a peak will probably form. You'll want to tap it flat with a fingertip. 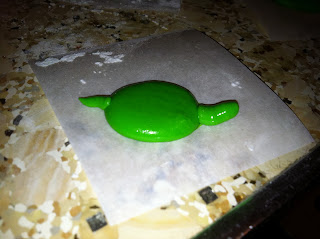 Allow the turtle's body to dry. 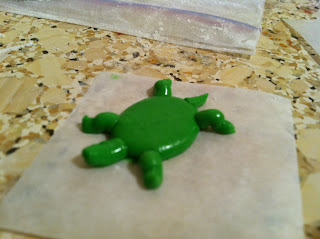 When the icing is firm enough, draw some tiny dots with the Gourmet Writer for eyes. 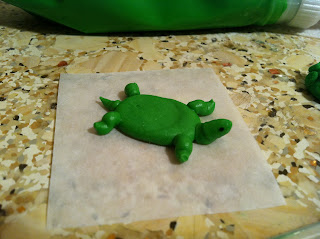 Squeeze some icing in the center of the body, and place the shell on it. As you can see, I dressed this shell up with some flattened #5 dots; simply pipe the dots, then flatten them with a fingertip. I'm sure you can come up with all sorts of whimsical (and not necessarily natural) color combinations!