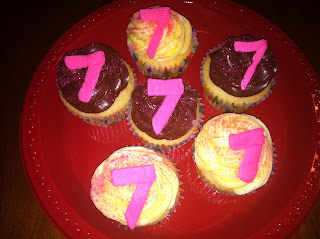 I'll bet a lot of you are being asked to make a batch of cupcakes for the last day of school. Here's a simple decorating idea that should appeal to everybody (and elementary school kids can be a tough audience): pipe a batch of cupcakes with a simple swirl of frosting, then top it with a royal icing numeral piped in whatever age all the kids are going to be by the end of summer (for whatever reason, a lot of the kids in my daughter's class, including her, will be turning 7 after school ends). Don't worry; I piped some with the boys in mind (I know pink can be a VERY polarizing color). First I had to figure out which tip to use. These were easy to rule out (Ateco #98 and Wilton #104) 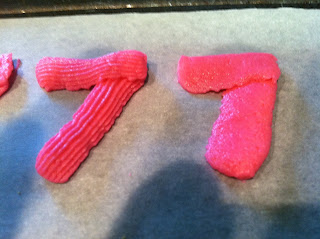 These were pretty underwhelming, too (Ateco #44 and Magic Tip #45): 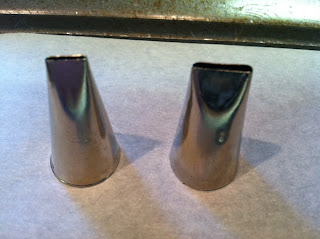 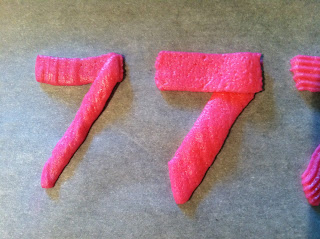 Finally, I ruled out the basketweave tip #47 in favor of the large, chisel-tip #50 by Magic Tip: 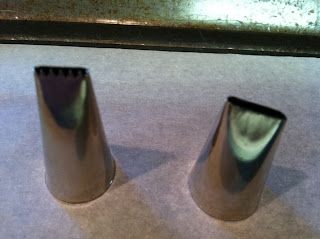 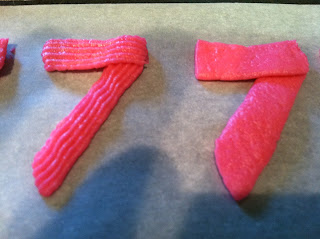 Here are the red ones for the boys (and the little girls who flare their noses at pink): 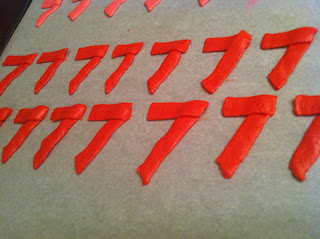 I'm so thankful a single box-mix batch is enough to go around. I decided to go with vanilla; so many kids have chocolate issues (and they're way messy). 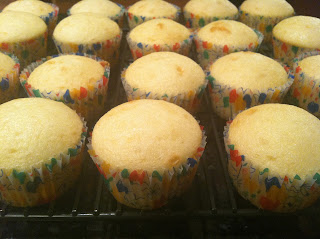 I loaded up a bag with one of my favorite tips, the Ateco #510, and piped lemon frosting on half of them. 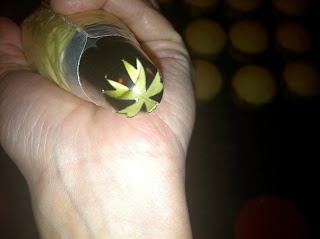 As I'm sure you know, that involves first piping a wreath around the outer edge while holding the tip at a right angle to the cake… 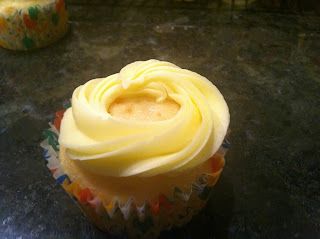 …then piping a second, smaller swirl in the middle. 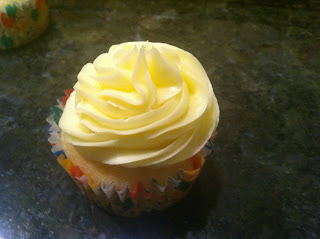 I piped the other half of the cakes with chocolate and the Wilton tip #2D. 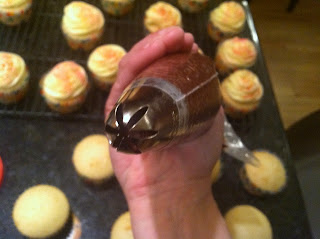 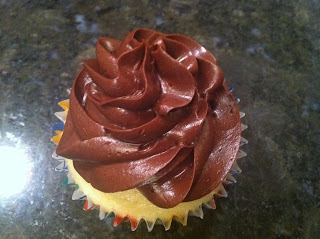 Sprinkle them with colored sugar… 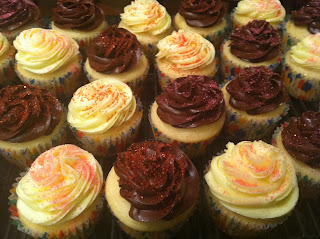 …and top each off with a royal icing numeral. I'm pretty confident I'll have a lot of happy customers at the class party tomorrow (if they can get to my cakes by pushing past the flats of Safeway-bought cupcakes that other moms invariably bring…)  ;)