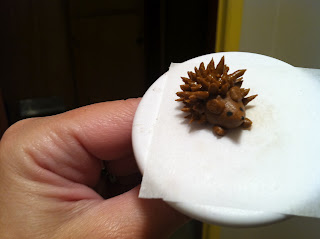 Ever since reading Miss Jaster's Garden, I've been fascinated by hedgehogs. I know I'll probably never have one lurking in my garden, so piping them out of royal icing will have to do for now. As with many other royal icing critters, all that's needed are a Styrofoam block, parchment paper squares, a flower nail, a glue stick, a black Gourmet Writer by AmeriColor (or black royal icing and a round #1 tip to pipe the features), a piping bag filled with stiff consistency brown royal icing and fitted with a round #12 tip, a dusting pouch filled with a 50/50 mix of powdered sugar and cornstarch, and a round #3 tip. 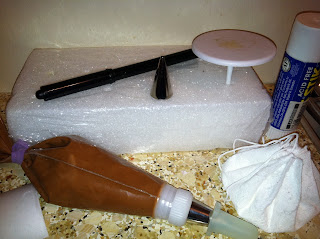 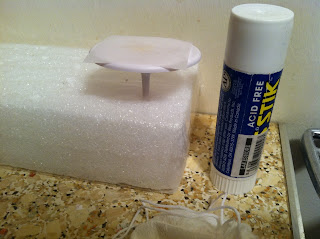 Pipe the body with the #12 tip. Start by piping a ball, then as the ball forms pull the tip to one side and decrease pressure. Draw the tip sharply upwards as you stop the pressure altogether to form the upturned nose. Allow the body to dry for 20 minutes or so. 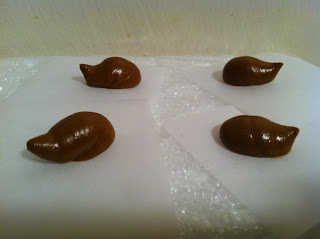 Switch to the #3 tip to pipe the quills, ears, and feet. I started piping the quills at the back. Hold the tip against the body’s surface, squeeze to anchor the icing, then pull away as you decrease and stop the pressure. Don't worry if the quills aren't perfect; hedgehogs aren't perfect, either. If you do pipe one that doesn't look quite right, touch your fingertips to the dusting pouch and pluck it off. 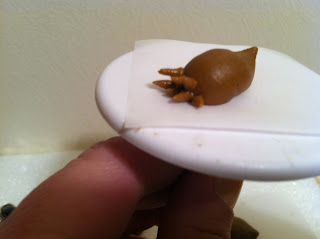 After piping quills for a while, I thought I should pipe the ears, so I'd know when to stop piping quills. The ears are nothing more than balls (also piped with the #2 tip) that I flattened with a dusted fingertip. 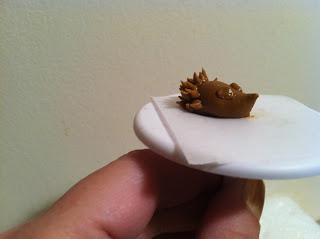 I continued piping quills up to the edge of the ears, and then piped a couple of little tip #2 feet (pretty much just short little quill-like shapes). 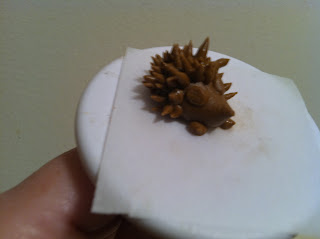 I used the black Gourmet Writer to draw dots for the eyes and nose. This is definitely a royal icing animal I would be hesitant to serve up; not only is it too cute to eat, biting into it would probably be a rather painful experience.