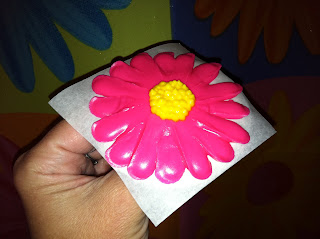 When I first started writing this blog six months ago on December 31st, 2011 as a New Year's Resolution, I really had no idea how many people might read it, if any. I never thought I'd reach a page view number in the 5 digits (or if I did it would take years to do). Well, today The Iced Queen had its 30,000th page view, and in honor of this big number, I piped a big flower: a gerbera daisy. To pipe a big flower, you need big parchment paper squares, and a big flower nail; I used an Ateco 914, which is 3" across: 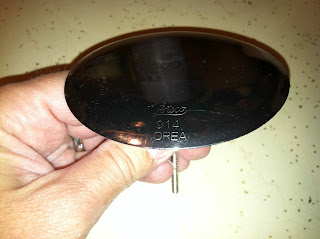 You also need a dusting pouch filled with a 50/50 blend of powdered sugar and cornstarch, stiff consistency royal icing in two bright colors, a glue stick, petal tip #104, and round tip #5. 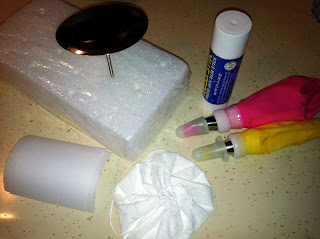 Start by sticking a 3" parchment square to the nail with a dab from the glue stick. 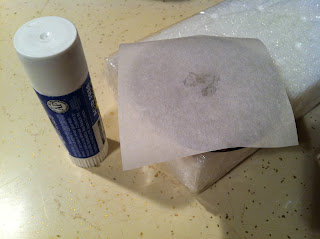 Make a dot in the middle of the square to help keep your petals centered. 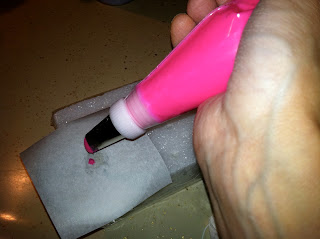 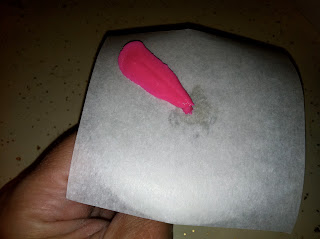 As you pipe outward, increase pressure only at the outer edge to build up the curved edge. Decrease pressure as you move the tip back in to the center. 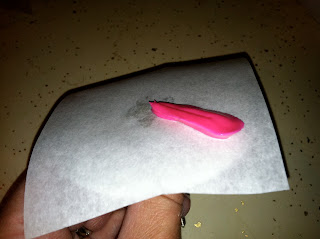 Rotate the nail and pipe more petals. I like piping them at 12 and 6, then 9 and 3 to keep the flower balanced. 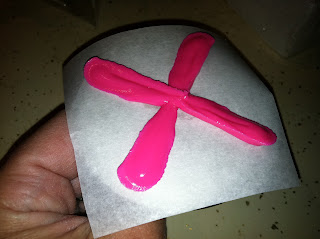 Pipe 4 more petals in between them… 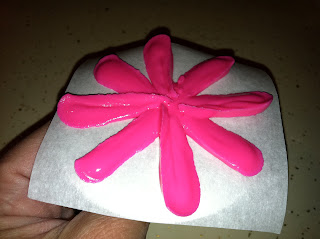 …and another petal in between each of these for a total of 16 (or thereabouts). 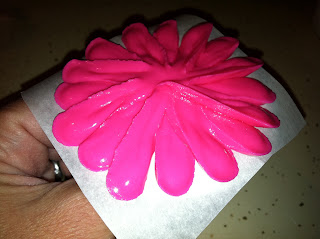 Here is a side view; you can see the jaunty upward angle of the petals' edges from here. 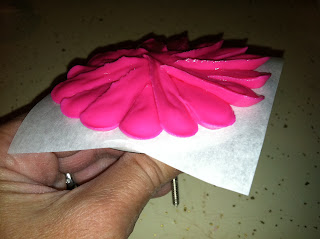 Tap a fingertip to the the center to flatten out the beginnings and ends of the petals. Set the flower aside to firm up before piping the center (it will smooth out a little on its own, too). 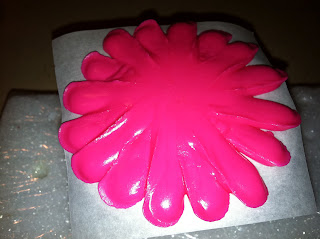 Pipe a cluster of #5 pull-up dots in the center. Hold the tip just above the surface of the flower's center, squeeze, pull the tip up about 2 millimeters, stop pressure, and pull the tip away. If any of the dots are significantly taller than the others, you can touch a fingertip to the dusting pouch and flatten them slightly. Give the parchment a gentle tug to remove the flower from the nail. Allow the gerbera daisy ample time to dry before you peel away the parchment paper; you can speed up the drying time by placing it under a desk lamp.

Thanks to all of you who have contributed to this blog's 30,000 views thus far; keep piping!
P.S. That's my shower curtain in the background.
Posted by Denise Delaney at 11:15 PM