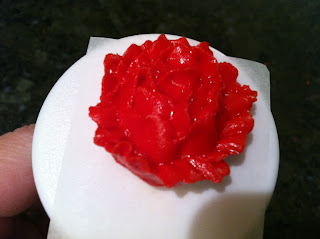 Carnations are a great flower for using up any leftover royal icing you may have, because they can be made in almost any color imaginable (florists dye them all sorts of unnatural colors for whatever season's at hand; you should, too!). You'll need a large flower nail, a parchment square for each carnation, a non-toxic glue stick, a Styrofoam block (to act as a third hand), a rose tip #104 or straight tip #150 (specifically called a Carnation tip by Wilton), a piping bag filled with stiff-consistency royal icing in any color you like, and a dusting pouch filled with a 50/50 mix of powdered sugar and cornstarch. 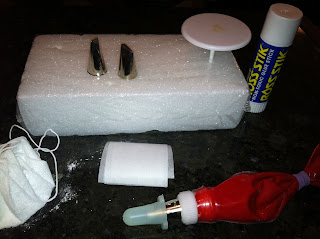 Dab the glue stick to the flower nail, and stick a parchment square to it. 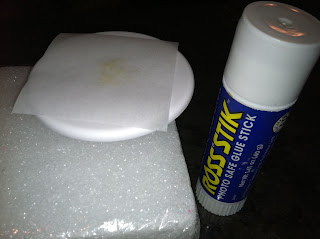 Hold the bag (fitted with tip #12) just above and perpendicular to the surface. Squeeze firmly, and as the icing builds up, pull the tip away. The ball should be about 1/2" tall. You can tap it into more of a ball shape (if it looks more like a Hershey's Kiss) after touching your finger to the dusting pouch. 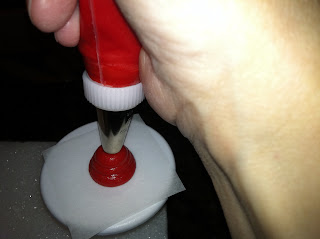 Make one ball for each carnation. 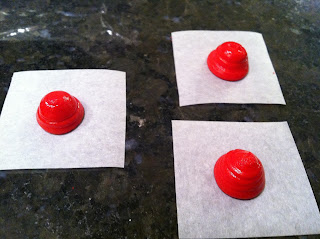 Allow the balls to firm up for at least 15 minutes, or the carnation will fall flat under its own weight (like the rose is prone to do). You can speed up this process by placing the balls under a desk lamp. If you're using tip #104, pipe the first few stand-up petals in the center by holding the wide end of the tip against the ball and moving the tip in an up-and-down motion (tip #150 is symmetrical; it doesn't matter which edge is against the ball). 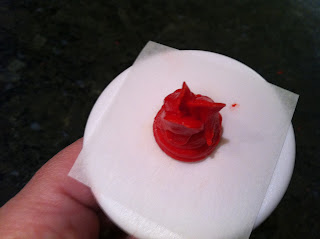 Surround the first upstanding petals with short, ruffled rows. Turn the nail, but don't pipe the rows all the way around the ball. They should be somewhat random; after 3 or 4 waves (formed by pulsing the tip in and out from the ball), start a new ruffle in a different location. 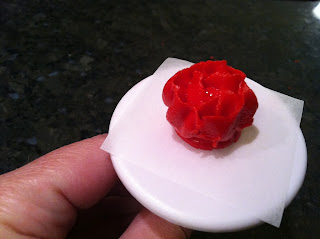 Continue adding ruffles until the ball is hidden, angling the ruffles out further as you near the base. This flower would be a good candidate for a wire stem!