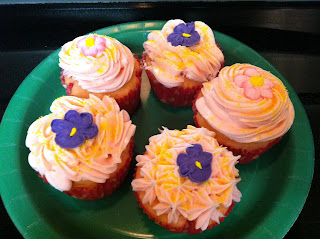 If you've spent any time piping swirls of buttercream on cupcakes, you know it's really easy to fall into the rut of reaching for the star tip #1M (I've been there). I recently baked a batch of pink lemonade cupcakes (a scrummy new flavor by Pillsbury), and wanted to make sure I decked at least a few of them out using the Ateco Tip #510, a large tip that looks like this; sort of a floral star tip, if that makes any sense: 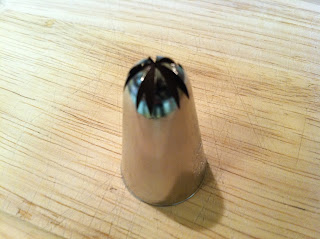 Here's the end result when I piped a spiral ruffle around a cupcake (by rotating the cupcake while piping steadily from the outside in and moving my hand in and out: 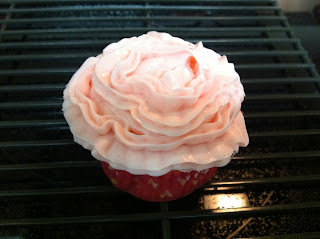 Here are some parallel ruffles (beginning and ending at opposite sides): 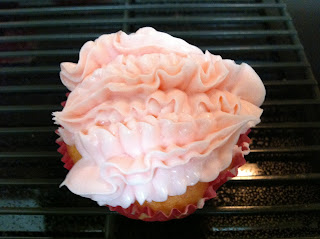 Here are some parallel rows of shells, similarly piped: 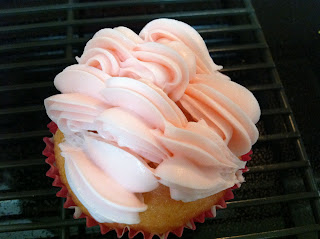 Here's a classic swirl; start at an outside edge, and spiral inward. Pipe a second spiral on top, about 3/4 of the size of the spiral below. 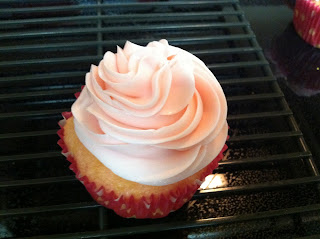 And now, for my two favorites: edge-to-edge stars… 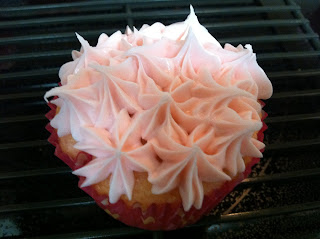 …and a spiral of shells (pipe a border of shells around the edge, then fill in the middle with a shell facing in each direction). 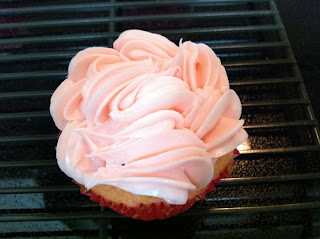 Here's a collection of various tip #510 designs on cupcakes with a sprinkle of yellow sugar, and topped with royal icing violets and cherry blossoms. I walked into a room with this plate and they were gone in about :30.

Posted by Denise Delaney at 9:57 PM