The Girl Scouts of the United States of America's 100th Birthday is just around the corner (it's being celebrated the whole year, but the official birthday is March 12th). It's been a while since I posted about piping daisies directly on cupcakes, so I thought I'd better post another method of piping daisies, the Girl Scouts' official flower, in honor of founder Juliette "Daisy" Gordon Low. 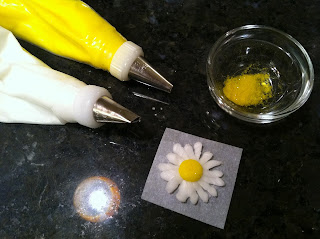 Start by assembling everything you'll need: white and yellow medium consistency royal icing (put a small rose tip #101 on the white bag, a round tip #8 on the yellow), a mortar and pestle, yellow Cake Sparkles by Wilton, a non-toxic glue stick, a flower nail, 2" by 2" squares of parchment paper (one for each daisy you're planning to make), a small glass bowl, a dusting pouch filled with a 50/50 mix of powdered sugar and cornstarch, and a Styrofoam block (to act as a third hand when you need to set the flower nail down someplace). 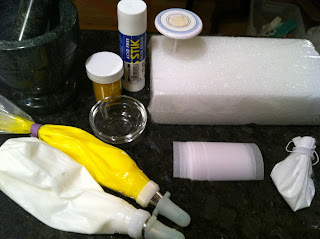 Attach a parchment paper square to the flower nail with a dab from the glue stick. 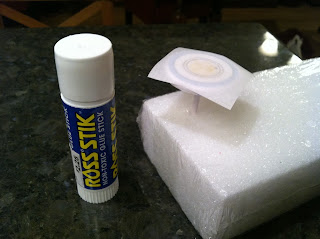 Make a tiny dot of icing in the middle, just to help your daisy stay centered. This dot will be totally hidden in the end; it can be any color. 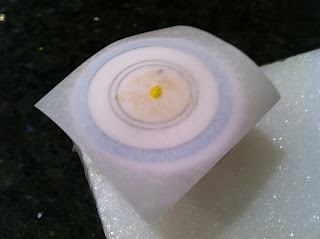 Using the white bag, pipe a petal from the edge of the flower nail to the dot. Hold the bag at about a 45 degree angle. When you get to the center, stop the pressure and pull the tip away. 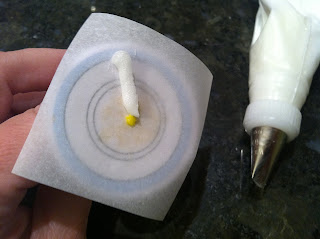 Pipe three more petals. One option is to pipe all your petals one after the other adjacent to each other. I prefer to pipe petals at 12, 3, 6 and 9 and then pipe petals in between them. 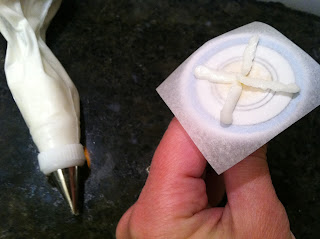 Pipe 4 more petals in between the first 4. 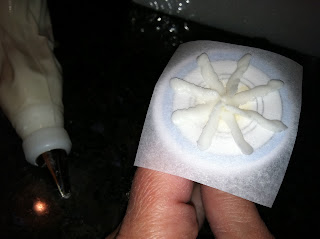 Fill in all the gaps until you have a grand total of 16 petals. 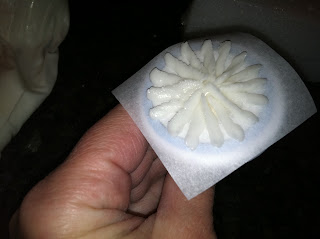 Touch a fingertip to the dusting pouch, and tap down the center; it's likely to be thicker than the rest of the flower, with all those petals ending at it. Pipe all the white daisy bases you're going to need before moving on to the next steps; it's best if they've hardened somewhat before you do the final steps. 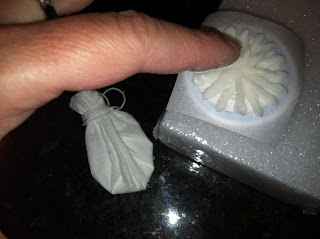 Grind up a pinch of yellow Cake Sparkles into dust with a mortar and pestle. 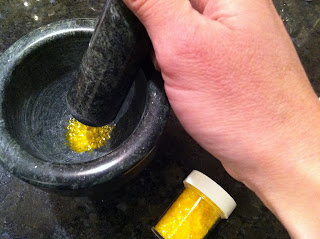 Alternately, you could use yellow sugar, but ground-up Cake Sparkles have a really cool glittery quality. Transfer them to a small glass bowl; they'll be easier to pinch out of the bowl when you need them. 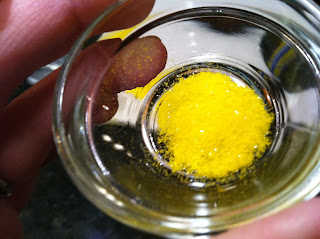 Hold the bag containing yellow icing at a 90 degree angle to the center of the flower and pipe out a ball. 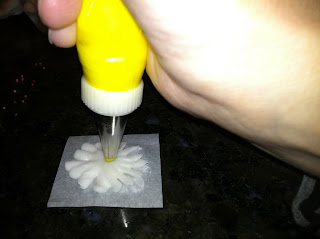 Touch the dusting pouch with a fingertip, and then use it in a tapping motion to flatten the ball. 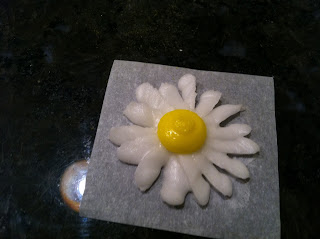 Moisten your fingertip slightly with water and touch it to the Cake Sparkles. 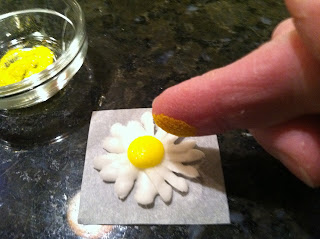 Gently touch the daisy's center and leave the sparkles behind. Once the daisy has dried, it should peel right off the parchment paper. Use it to decorate cupcakes, cookies, or in any way imaginable on a cake; especially a cake for the Girl Scouts' 100th Birthday! 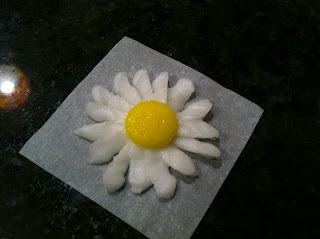