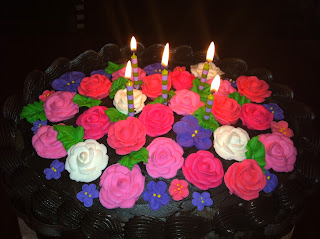 There was no way I was going to bake myself a cake if there was any chance of somebody putting 40 candles on it. So, I came up with the idea of cramming 40 flowers on it, all royal icing and made in advance. I started with the basketweave cake (which is a 13 by 9 stack of three single layer cakes, alternating vanilla and chocolate)… 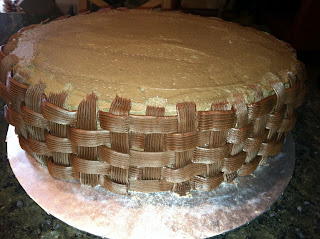 I made a mound of buttercream on it, using an offset spatula: 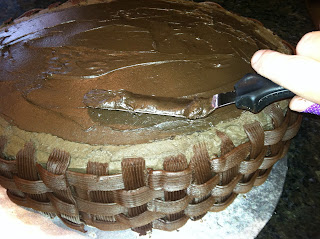 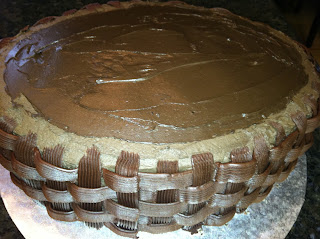 I arranged the 40 flowers in the pan I baked the cake in, just so I could get an idea of how they'd look. It's a lot easier to rearrange them at this stage than moments later when they're embedded in frosting! 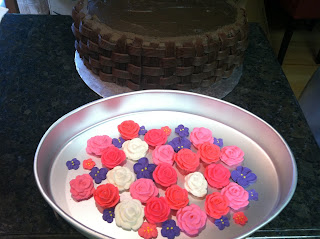 After a few adjustments, here they are in place on the cake: 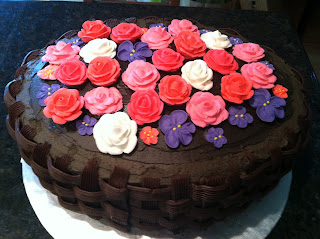 I wanted to pipe a few leaves in between the flowers with a large leaf tip, the Ateco #112. The icing needed to be on the same level of brightness as the flowers. I started by coloring some Wilton Ready-To-Use Decorator Icing green with Leaf Green by AmeriColor: 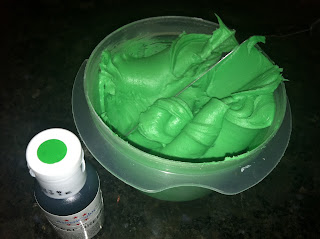 This color just looked a little too murky for my taste, so I gave it a shot of the green from Duff's Electric Colors set; the difference is shocking: 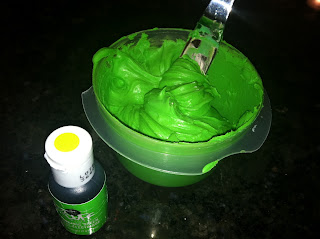 I'm a big fan of doing that in general. Oftentimes I think the neon colors straight up are a bit unappetizing, but they're great to brighten up an otherwise standard color. Ateco and AmeriColor also make neon colors; I've never met one I didn't like. 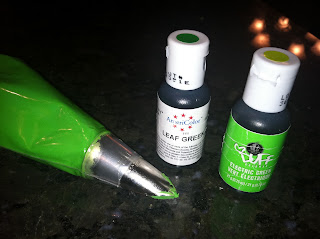 Well, here's my birthday cake, all fired up. My apologies to all the folks who brought their kids over who got as sugared-up as they did on a school night. A good time was had by all, though, right?