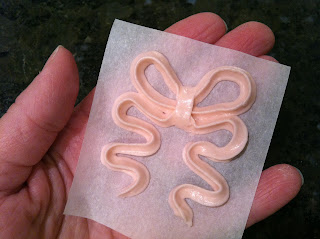 I stayed up all night to watch the Royal Wedding between William and Kate in 2011, and one of the highlights for me was the arrival of Princess Beatrice and the astonishing thing on her head. The media had such a field day with her, but I thought she was adorable and really pulled the look off. As you can see, though, I've taken a few artistic liberties in the recreation of Princess Beatrice's fascinator (aka hat), namely the elimination of the "toilet seat" (but, for accuracy's sake, I might add it in later). Watching the equestrian events at the Olympics got me to thinking about what a shame it is we don't wear creations like this all the time; surely there were a few fascinators in the crowd there: 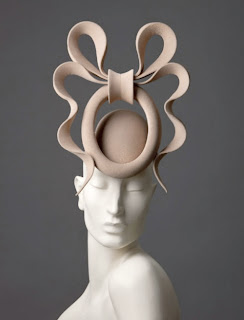 I've had this tip #85 by Ateco for some time, and have never found a reason to use it until this project. A petal tip like the #101 might have worked just as well, but I really wanted to see what this thing can do: 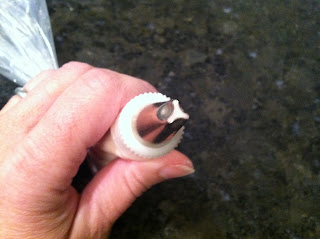 The subtle mushroom shade of the hat is challenging to match. I used a few dots of Deep Pink and barely a dot of Chocolate Brown, both by AmeriColor. 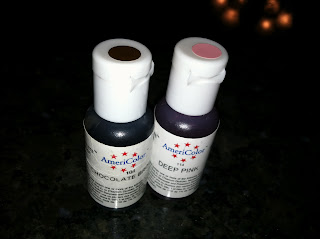 Other than stiff consistency royal icing in this color and the tip #85, you'll need a large flower nail, large parchment paper squares, a glue stick, a Styrofoam brick to rest the nail in, a flat ribbon tip #44, and a dusting pouch filled with a 50/50 blend of powdered sugar and cornstarch. Start by sticking a parchment square to the nail with a dab from the glue stick. 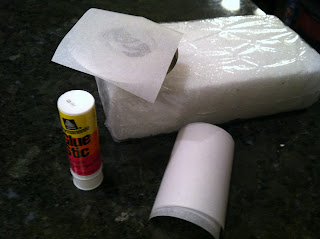 Pipe one side of the bow… 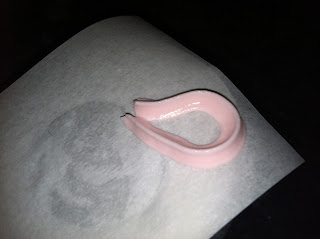 …and then the other. Angle the sides upwards in a heart-like fashion. It's helpful to rotate the nail while you're piping the bow. If the ends need some tidying, touch your fingertips to the dusting pouch and pinch the ends together in the middle. 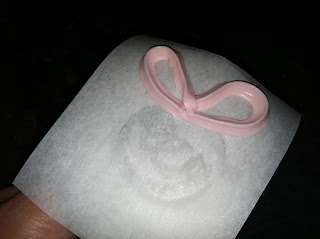 Then, pipe the serpentining tails on the sides. Aim for symmetry, but don't panic if they're a bit off. 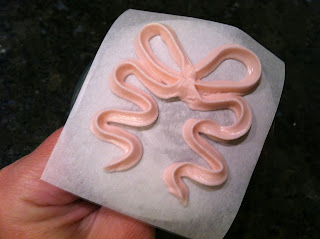 Finally, switch to the flat ribbon tip #44 and pipe a strip across the middle to cover all the ends and tie everything together. 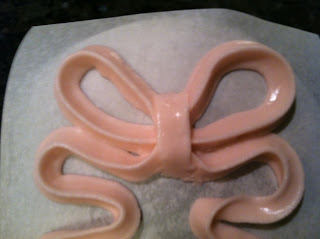 I plan to pipe a bunch of these to decorate a batch of cupcakes frosted in the same color; the cupcake tops would approximate the shape of the skullcap part of the fascinator.