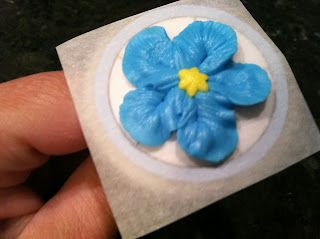 Yet another symbolic flower from the United Kingdom: flax is the emblem of Northern Ireland, and even appeared on the reverse of the British one pound coin in 1986 and 1991. I'm intrigued by it, because it's one of the few truly blue flowers I've run across. I used Sky Blue, along with a trace amount of Royal Purple (both by AmeriColor). Along with this light blue stiff consistency royal icing loaded in a bag fitted with a #101 petal tip, you'll also need yellow icing in a bag with a #16 star tip, a glue stick, parchment paper squares, a flower nail, a Styrofoam brick to rest the nail in, and a dusting pouch filled with a 50/50 mix of powdered sugar and cornstarch. If you'd like to cheat a little to get those petals really even, stick a template decal for the apple blossom and primrose to the flower nail. 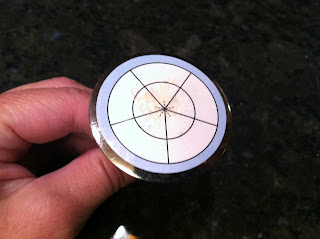 Stick a parchment square to the flower nail with a dab from the glue stick. 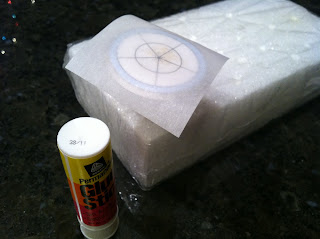 Hold the petal tip almost flat against the surface with the outer, narrow edge angled up slightly. Pipe a petal while moving your hand in an upside-down "U" motion, while jiggling your hand to create the ruffled texture. The outer edge of the petal should be somewhere between the two circles on the template, and the petal should fit inside one of the five wedges. Keep the dusting pouch handy in case you need to touch a fingertip to it to neaten up any of the petals. 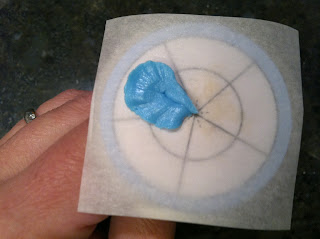 Pipe the second petal in the same way… 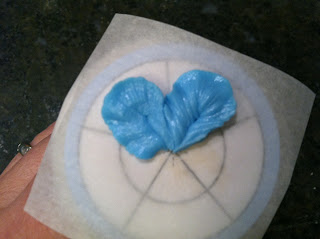 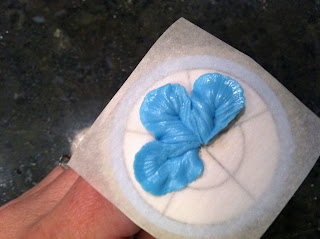 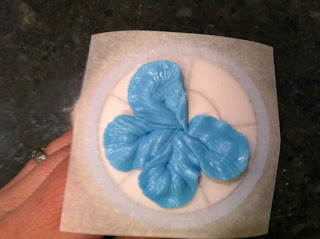 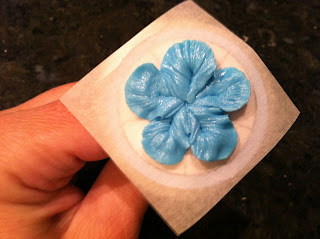 Pipe a #16 yellow star in the center and flatten it with a dusted fingertip. Flax flowers remind me a lot of the cherry blossom, and can also be found in red.